A new book called Exploring the History of the Textile Industrialists in Brno: Löw-Beer / Stiassni / Tugendhat was last week published by the Museum of the Brno Region. The book will be also published in English and German before the end of this year.

A team composed of experts working in three villas of mentioned industrialists was led by the eminent historian of the Löw-Beer Villa Jaromír Hanák. The book's graphic design was created by Veronika Bracková and her colleagues.

The present image of Brno was fundamentally influenced by the onset and development of textile industry in the second half of the 19th century and the first half of the 20th century. Among the German Jewish entrepreneurs excelled the members of the Löw-Beer, Stiassni and Tugendhat families.

The authors' team explored history and actions of these families, which are nowadays known for three famous, recently restored and publicly accessible family houses – Löw-Beer Villa, Villa Stiassni and Villa Tugendhat. However, the beautiful family houses are not the only reminders of the textile magnates – so are many residential buildings, factory buildings, colonies of houses for workers or some public buildings.

More than 80 items present life stories of some Löw-Beer, Stiassni and Tugendhat family members, as well as the architects with whom they cooperated and, of course, the buildings that are named after them. Texts are accompanied by pictures and maps. 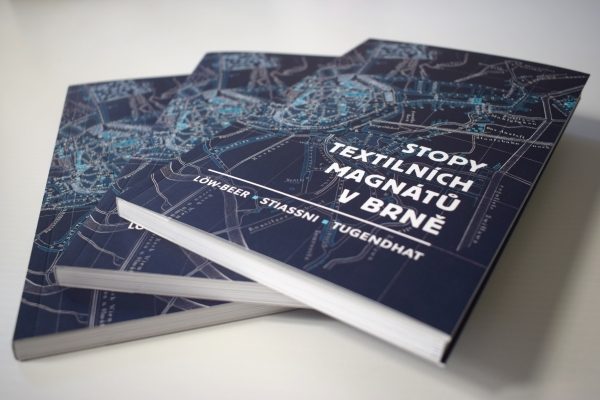