Exhibitions in the Celnice Gallery

Severpal temporary exhibitions are staged at the Celnice Gallery, which is in the garden house of Löw-Beer Villa. The exhibition programme primarily focuses on the history and development of the Brno's and Czechoslovakian architecture of the 19th and 20th century in the broader European context; industrial architecture; UNESCO World Heritage Sites; the political, economic and cultural development in the second half of the 19th and the early 20th century in Brno; the history of the Second World War and the Holocaust.

Conversion of the factory in Brněnec to a multifunctional complex

The exhibition of works by students of the Faculty of Architecture at Brno University of Technology deals with the functional transformation of the former Löw-Beer textile factory in Brněnec. It is famous for Steven Spielberg's Oscar-winning film Schindler's List, inspired by the rescue of Jewish prisoners by Oskar Schindler.

The Celnice Gallery is freely accessible daily except Mondays from 10 am to 6 pm. 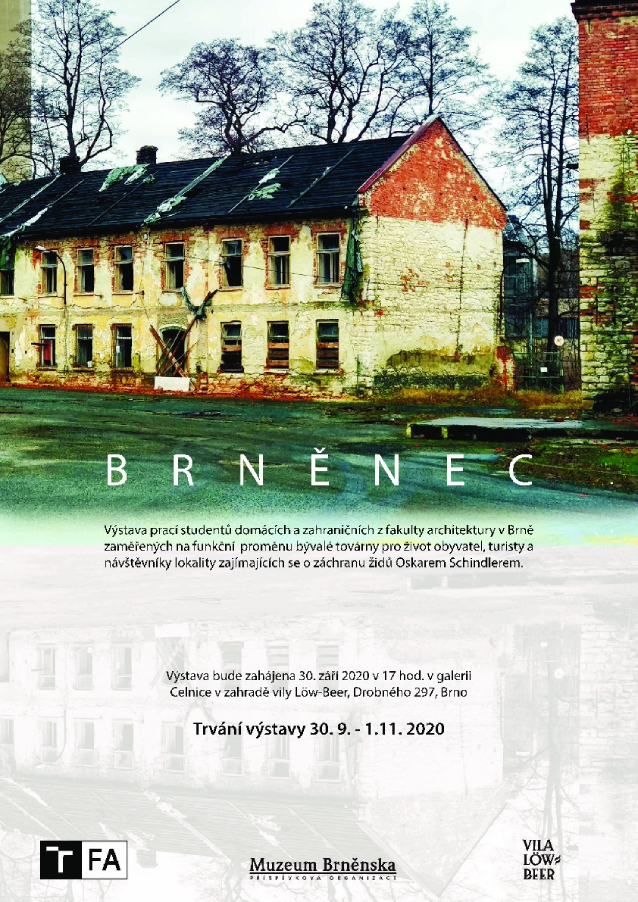