New guided tour will introduce previously inaccessible technical facilities and present preserved parts of unique air heating and cooling system to the visitors. This system was not restored during the renovation of the villa, however certain elements were preserved and are part of the tour (regulatory valves, skylight etc.).

A video projection will be shown at the beginning of the tour. Function of each system - air heating, gas hearth, heating of the skylight, ventilation - is presented with 3D model of the villa. Tour continues through elegant service staircase up to the attic with glass skylight.

Purpose of the second tour is to point out so far little noticed fact, that the Löw-Beer (former Fuhrmann) Villa was not only beautiful home, but also a building at high technical standard. It was designed at the beginning of the 20th century by Viennese architect Alexander Neumann (1861-1947), who was taught by famous duo Ferdinand Fellner and Hermann Helmer. They specialized in designing theatres and spas, which often need innovative technical solutions.

Neumann used his experience when designing the family residence in Brno for the industrialist Moriz Fuhrmann and used the remarkable hot air heating system. After the death of Fuhrmann, his sons sold the villa in the year 1913 to the textile magnate Alfred Löw-Beer. The new owner initiated a reconstruction of the interior, designed by the architect Rudolf Baumfeld from Vienna. In the context of these alterations a gas hearth was installed into the staircase hall in the first half of the thirties.

Only a fragment of the heating and cooling system was preserved into present day, most of the elements have been rebuilt during the 20th and at the beginning of the 21st century. The original blueprint documentation did not survive. An exploration of the systems by non-destructive, but also a partially destructive means (probes) was carried out in the year 2013. The original air conduits were not used during the restoration of the villa in the years 2013-2014. But it doesn’t change the fact that the house was on the top of the technical level of its time. It very well might have been later an inspiration to Greta Tugendhat for her new home, which is now known as Tugandhat Villa. 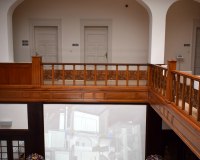 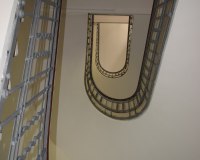 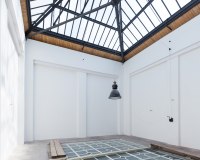 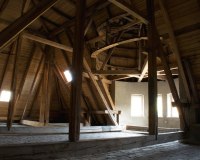 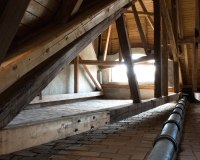 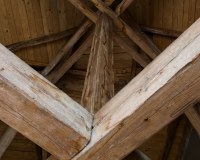 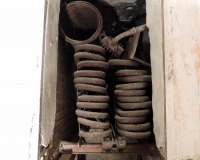 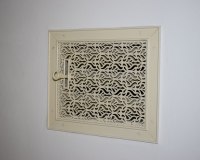 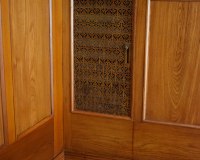